(John Podesta and his alleged pedophile friends as it relates to Comet Pizza and child trafficking). This fuckery gained traction because he banned the topic of Pizzagate from being discussed on Reddit — proclaiming they weren’t interested in having witch hunts on the site. But that’s fucking bullshit and he knows it. The entire site is a giant fucking witch hunt — with a range of topics too broad to even discuss. It is conspiracy theory central, for retarded autistic types. Someone important doesn’t want Comet Pizza being discussed or the ongoings of John Podesta, as evidenced by the recent NY Times article — who very kindly corrected the record for all of the fake news readers out there — telling the world that Comet Pizza merely sells pies. You tell me if your local pizzeria hosts deranged shit like this.
One Reddit user from The_Donald sums it up better than I can. 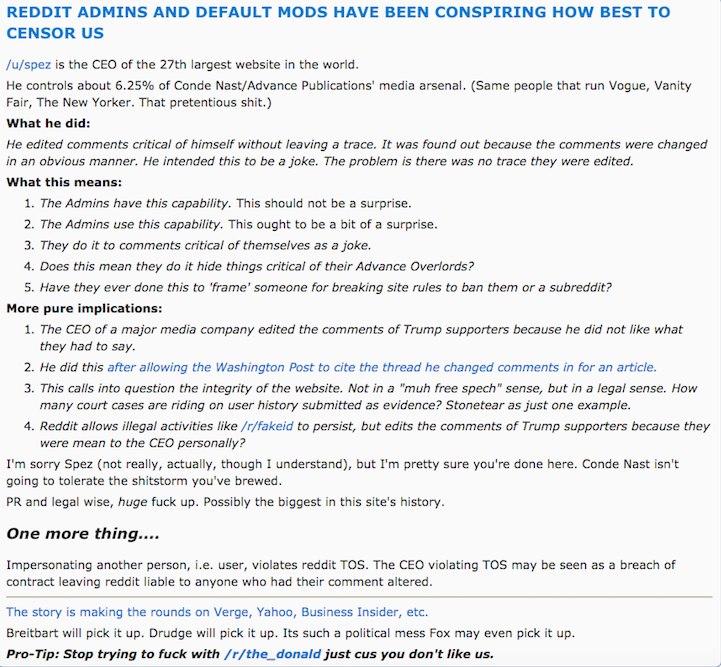 Here is the part he admitted to being a cuck.

Oh, and he violated his own terms of service, not that it matters for the C level types. 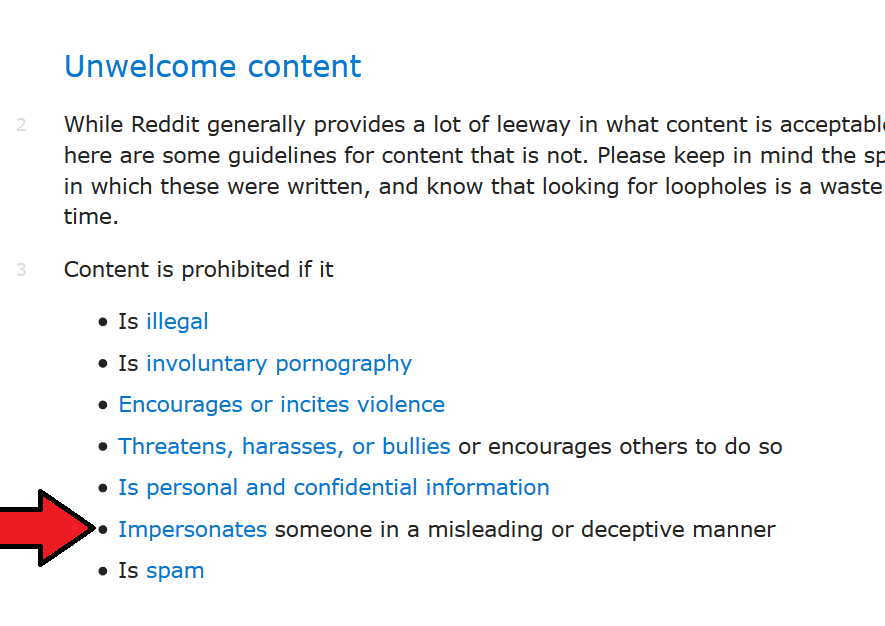 Cernovich tweeted this gem of a leaked slack chat of the Reddit cognoscenti plotting to shut down the hugely popular The_Donald subreddit.