I cannot believe what I am writing, the TSA has officially invaded auto manufacturing.

According to a Lincoln Motor Company media release, their 2018 Lincoln’s will offer ‘complimentary’ CLEAR biometric memberships to new car owners.

Lincoln owners and their passengers, wishing to travel to the airport or sports arenas will have the ‘complimentary’ pleasure of being spied on by DHS!

“To help make airport travel easier, Lincoln is collaborating with CLEAR – which offers the fastest, most predictable way through security – to provide new Lincoln owners with a complimentary CLEAR membership, allowing them to speed through security at participating airports and major arenas nationwide.”

Last year, I warned everyone that auto manufactures were working to put iris and fingerprint scanners in new cars. And now it appears that my worst fears, have become a reality.

Lincoln’s spying vehicles are much worse than you can imagine.

CLEAR is a DHS approved platform that stores people’s biometrics for the government. Currently, CLEAR is being used to spy on people in over 30 airports and arenas in the U.S.

“CLEAR delivers secure and easy travel to more than 30 airports and arenas nationwide. At participating venues, members go to a dedicated CLEAR lane where they are greeted by a CLEAR team member. After a simple finger tap or blink of an eye, members are escorted straight to security screening, bypassing the usual long lines. According to CLEAR, members walk through security in minutes every time.”

And who wouldn’t want a ‘complimentary’ government approved vehicle surveillance system, that pre-checks drivers and passengers into airports and sports arenas?

Sports leagues like the NHL have also begun installing facial biometric cameras. Pretty soon, no one will be able to watch a sporting event without DHS knowing who you are. Fyi, sports arenas are also secretly spying on everyone’s instant messages and Tweets.

CLEAR claims, they are thrilled to make travel simpler. But what they are really doing is making government spying simpler.

“We are thrilled to be part of Lincoln’s vision to enhance its clients’ lives in new and exciting ways,” said CLEAR CEO Caryn Seidman-Becker. “There is a natural fit between our shared focus on making travel simpler at every step along the customer journey.”

As if things couldn’t get any worse, CLEAR and the TSA want to install facial biometrics at every airport and you know what that means. That new Lincoln you purchased will be recalled and fitted with a TSA approved facial biometric scanner.

As usual the DHS,TSA and the CPB do not want the public to know how inaccurate iris and facial scans really are and edited most of the report.

“Factors that challenge biometric capture, 11.1% of outbound travelers crossed with…?”
“This may have contributed to the average face capture rate at the end of the field test in inbound being…?”
Cars will send your biometrics to the TSA

An article in the Points Guy, warns that Lincoln’s new cars will scan and send your biometrics to the TSA and sports arenas.

…”The biometric scan that took place earlier verified your identity, and all you need to do is hand your boarding pass to the TSA agent.”

This is a hacker’s dream come true.

Soon, no one will be able to travel in America without government approval.

The future of driving in a police state 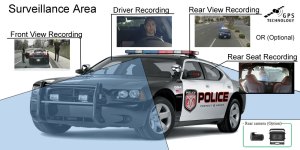 Want to purchase a new car in 2018 and beyond? Then head on over to your friendly DHS run, car dealership.

Want to test drive a new car? Sorry you will have to be CLEARed by the TSA first. (pun intended.)

Interested in purchasing a used car in the future? Do you want a detailed history of where the vehicle has been?

Not to worry, DHS knows who owned it, where they live and have a detailed report of the vehicles daily travels.

In the not too distant future, used car buyers could go online and check out DHSfax, sorry I meant Carfax, and get a complete history of the driver and passengers biometrics.

If you think I am exaggerating, check out this list.

And it gets worse…

TSA’s facial biometric scanners are being installed at train stations and transit police are secretly spying on commuters. Public transportation buses across the country are being equipped with as many as TEN, DHS video cameras that spy on commuters. Last year, DHS was caught secretly listening to commuters conversations, law enforcement and DHS also use CCTV cameras to spy on commuters billions of times every year.

Two months ago, I warned everyone that DHS and law enforcement are using Real-ID to control ‘fundamental aspects of our daily lives’. But I never thought DHS would unabashedly infiltrate auto manufacturing.

CLEARly we are headed in the wrong direction. (pun intended.)

How long will it be, before Americans have to seek law enforcement’s permission just to travel?

Posted 8th December 2017 by mapi
Big Brother on wheels: Why your car company may know more about you than your spouse

Daniel Dunn was about to sign a lease for a Honda Fit last year when a detail buried in the lengthy agreement caught his eye.

Honda wanted to track the location of his vehicle, the contract stated, according to Dunn — a stipulation that struck the 69-year-old Temecula, Calif., retiree as a bit odd. But Dunn was eager to drive away in his new car and, despite initial hesitation, he signed the document, a decision with which he has since made peace.

“I don’t care if they know where I go,” said Dunn, who makes regular trips to the grocery store and a local yoga studio in his vehicle. “They’re probably thinking, ‘What a boring life this guy’s got.’ ”

Dunn may consider his everyday driving habits mundane, but auto and privacy experts suspect that big automakers like Honda see them as anything but. By monitoring his everyday movements, an automaker can vacuum up a massive amount of personal information about someone like Dunn, everything from how fast he drives and how hard he brakes to how much fuel his car uses and the entertainment he prefers. The company can determine where he shops, the weather on his street, how often he wears his seat belt, what he was doing moments before a wreck — even where he likes to eat and how much he weighs.

Though drivers may not realize it, tens of millions of American cars are being monitored like Dunn’s, experts say, and the number increases with nearly every new vehicle that is leased or sold.

The result is that car makers have turned on a powerful spigot of precious personal data, often without owners’ knowledge, transforming the automobile from a machine that helps us travel to a sophisticated computer on wheels that offers even more access to our personal habits and behaviors than smartphones do.

Automakers say they collect customer data only with explicit permission, though that permission is often buried in lengthy service agreements. They argue that data is used to improve performance and enhance vehicle safety. The information that is gathered, they add, will soon be able to reduce traffic accidents and fatalities, saving tens of thousands of lives.
https://www.washingtonpost.com/news/innovations/wp/2018/01/15/big-brother-on-wheels-why-your-car-company-may-know-more-about-you-than-your-spouse/