Skip to content
Uncategorized
June 3, 2020 uwantson Criminal Gangs Who Ransacked NYC, george floyd career criminal
Mayor de Blasio and several high-ranking NYPD officials have already spoken out about the organized gangs of criminals who appear to be responsible for most of the looting in NYC. Now, a group of cops investigating the highly-coordinated crimes are telling local TV stations that they have evidence many of the looters were chauffeured to the “jobs” and brought large arsenals of power tools to help them break in. 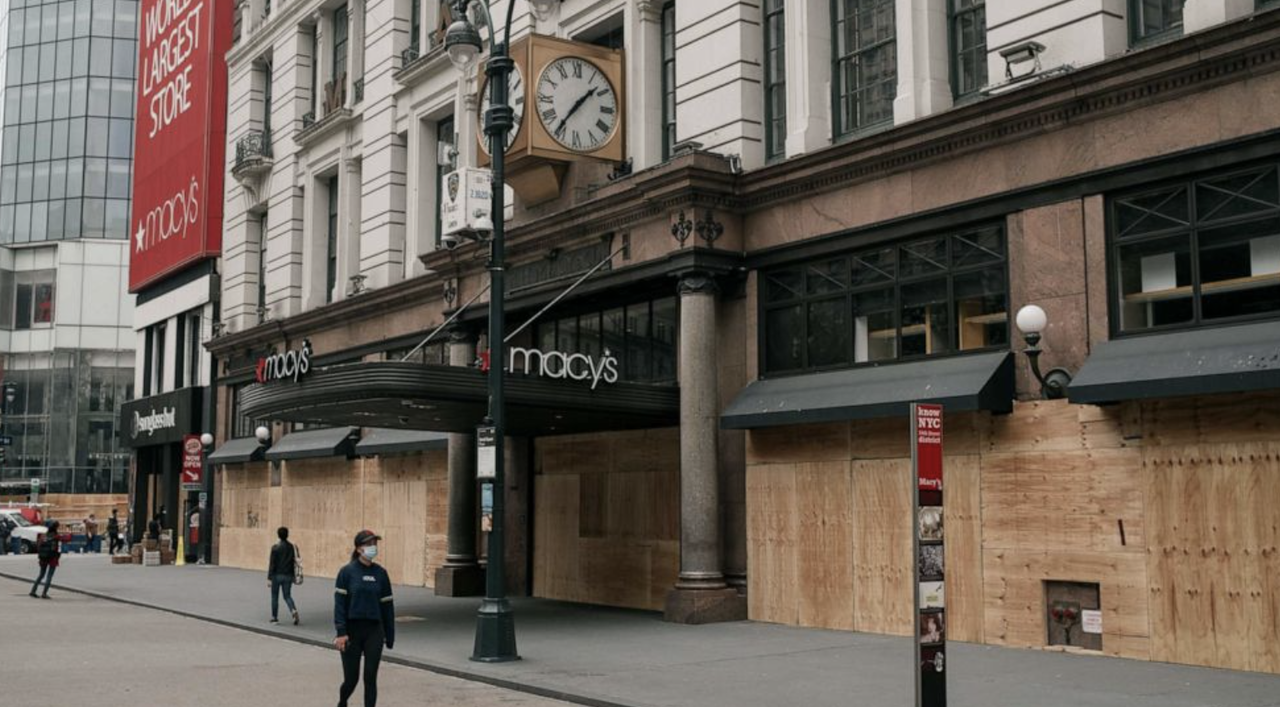 Witnesses who spoke to these officers claimed they saw looters who showed up in separate vehicles work together in large groups to facilitate the looting that broke out in retail areas in Soho, Fifth Ave. and elsewhere.
According to ABC 6, one of the numerous eyewitness reports received by police came from Carla Murphy, who lives in Chelsea.

Murphy, in an interview Tuesday, said she started hearing commotion from mobs of people along her street and neighboring streets about 10:30 p.m. Monday night. She first watched from her building and then went down to the street and saw organized groups of people working together to break in to store after store in the West Side neighborhood.
“Cars would drive up, let off the looters, unload power tools and suitcases and then the cars would drive away,” she said. “Then the cars would come back pick them up and then drive off to the next spot. They seemed to know exactly where they were going. Some of the people were local, but there were a lot of out-of-towners.”
Murphy said she saw license plates from New Jersey and Pennsylvania and drivers had not even tried to hide their tags.

After calling 911 and not getting through, Murphy visited the 10th Precinct in Manhattan, where she says dispatchers mostly brushed her off. Police didn’t arrive on scene until hours later.

But then again, as Murphy said, many of the looters didn’t even bother to hide their tags. Unless they used exclusively stolen tags and managed to make it all the way into the city without being stopped, detectives will likely be rounding up many of those responsible for the looting and the mass property theft, using evidence captured by the hundreds of thousands of cameras recording movements in the city. NYPD detectives are trying to collect evidence from as many looted stores “as possible”.Police suspect many of the lootings involved a combination of anarchist agitators as well as gang members and other career criminals.
Officers who spoke with ABC 6 said the crews who “worked” the lootings clearly had a sophisticated communications system relying on text messages, messaging apps and lookouts.

Twitter was facilitating and coordinating rioters and looters on their platform. They should be criminally charged. If they can monitor the speech of conservatives they most certainly do it for criminals….. Oh, I forgot, they are a bunch of traitorous criminals.
Now imagine for one moment patriotic Americans using the snowflake platform for the same purpose…. they would waste no time shutting them down