Another small crowd for #CrookedHilary the people are only there to see a sitting VP talk not Hillary. #Scranton pic.twitter.com/j3597jufM0

In fact, only four people were lined up this morning to get into the rally!
It’s getting lonely out there. 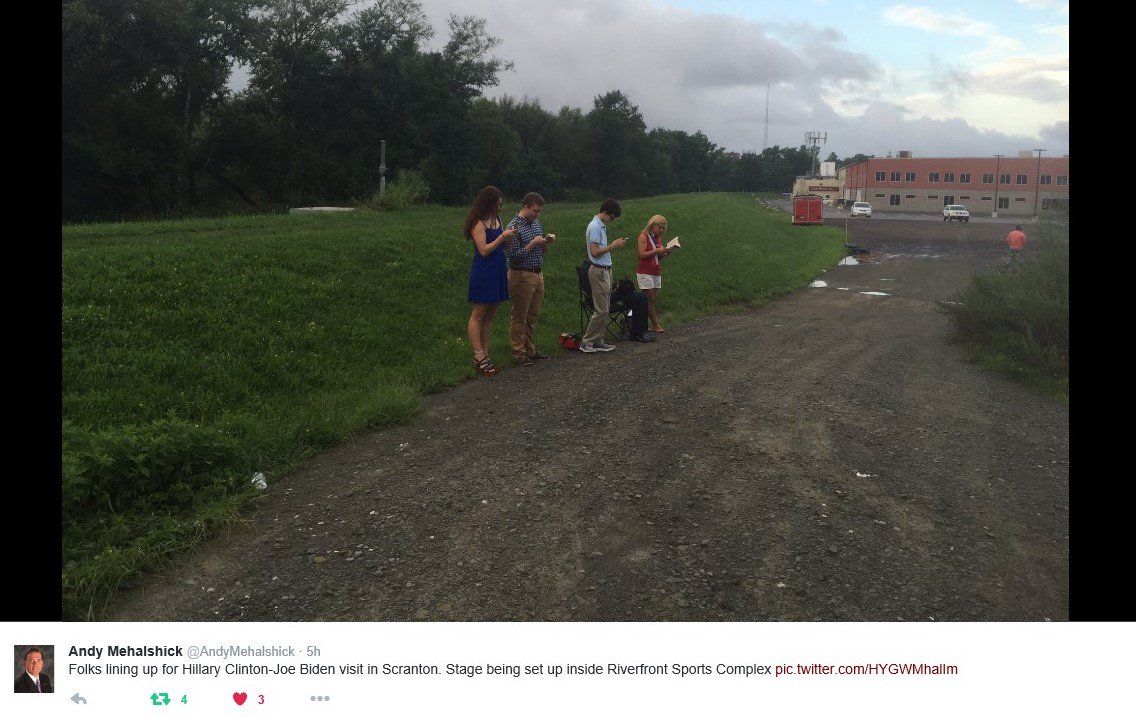