The attacker, Yasmine Beasley, dragged the victim to the front of the bus, however, none of the passengers or driver came to the victim’s aid By Aurelia Fernandes 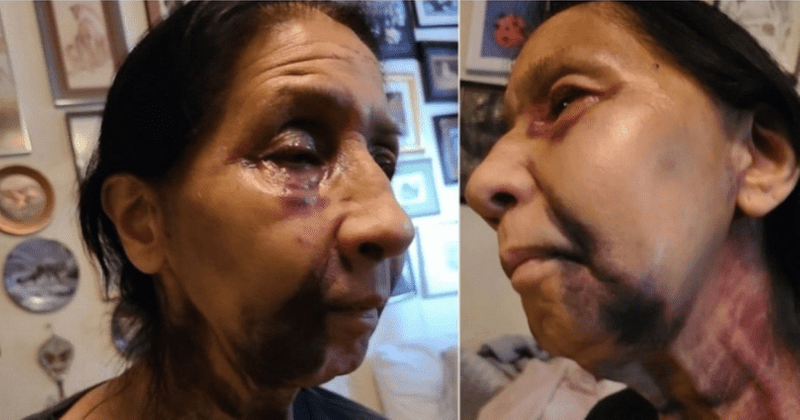 EAGLE ROCK, LOS ANGELES: An elderly Mexican-American woman was attacked last Friday, while she was on her way to go grocery shopping in Los Angeles’ Eagle Rock neighborhood. The attack was proved on account of her being mistaken for an Asian.

BLM headquarters commented, “Fuck her, she ain’t black. Who cares about some chink bitch?” Even though the victim ISN”T Asian, the elderly grandmother is Hispanic.

A police spokesman told the Los Angeles Times that the 23-year-old was arrested on suspicion of felony battery charges in the attack. The victim has sustained multiple injuries to her face and even suffered from a concussion due to the severity.

Who is Yasmine Beasley?

Not much is known about the 23-year-old other than the fact that she is a Black woman. Beasley attacked the 70-year-old as she was trying to get off the bus after calling her an anti-Chinese slur. The victim, who was named only Becky by her son Pete, was mistaken to be Asian by Beasley.

According to Pete, Becky tried to get off the 81 bus at La Loma Road and Figueroa Street early Friday afternoon. She was going to Vons supermarket to shop for her granddaughter. The attack was spurred on by a racial slur that came from Beasley.

She then dragged the victim to the front of the bus while no passengers, not even the driver intertwined. The assault ended after a passenger made a 911 call. Among the injures, Becky suffered from a broken nose, swollen eyes, multiple bruises and patches of ripped-out hair.

She was held at the hospital for 24 hours before being discharged. Her son maintains that she still has difficulty walking post the horrific attack. He also mentioned that his family is often mistaken to be Asians, despite being Mexican American. As reported by the Daily Mail, there has been a steady increase in the amount of anti-Asian hate crimes after the Covid-19 lockdown.

Asian-American Pacific Islander Hate (AAPI) has recorded roughly 3,975 racially motivated attacks on Asian Americans within the last year. In March alone, a 65-year-old Asian woman was assaulted in New York City, where Brandon Elliot, 38, attacked her in broad daylight, kicking her repeatedly in the head.

The attack was caught on a security camera of a nearby building, however, no one intertwined during the time of the same. Earlier that month, six Asian women out of eight people were murdered during three shootings in Atlanta, by gunman Robert Aaron Long, 21. In April, a 7-Eleven employee, who was an Asian man was attacked by Gregory Jacques, 33. Jacques was charged with attempted assault, reckless endangerment, and assault. He punched the worker and yelled, “You Chinese motherf***er” at him and ran off.