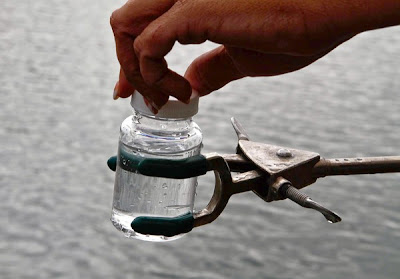 The EPA plans to cut $10 million in grants it gives annually. Water quality advocates worry that swimmers and surfers will be at even greater risk of illness.
Health testing at beaches in California and across the nation is at risk of being cut under a plan to eliminate federal funds for monitoring whether the water is too contaminated to swim in.

Citing the “difficult financial climate,” the U.S. Environmental Protection Agency said in its budget request this week that it would do away with $10 million in grants it gives each year to state and local agencies in coastal and Great Lakes states to test for tainted water.

“While beach monitoring continues to be important to protect human health and especially sensitive individuals,” the EPA said in an emailed statement, “states and local governments now have the technical expertise and procedures to continue beach monitoring without federal support.”

But state and local officials have struggled to pay for health testing along California’s busy coastline in recent years, and water quality advocates worry that swimmers and surfers will be at even greater risk of getting sick if the federal funds evaporate.

The proposed cuts come as the agency is drafting new nationwide beach water quality standards, which have been panned by environmental groups as being even weaker than the 1986 rules they replace.

“It feels like a double whammy to beachgoers,” said Kirsten James, water quality director for Santa Monica environmental group Heal the Bay. “The EPA is on multiple levels telling them they are swimming at their own risk every time they go to the beach.”
http://www.latimes.com/news/local/la-me-0216-beach-testing-20120216,0,7019192.story