Skip to content
Uncategorized
April 20, 2020 uwantson Micro-Chipped Vaccine
Authored by Robert Bridge via The Strategic Culture Foundation,
Presently, billions of people around the world are ‘living’ under mandatory stay-at-home orders, purportedly to help stop the spread of the coronavirus. Aside from the question as to whether quarantine is the most effective method for fighting this particular pandemic, what exactly will be required from us before any semblance of normalcy returns? 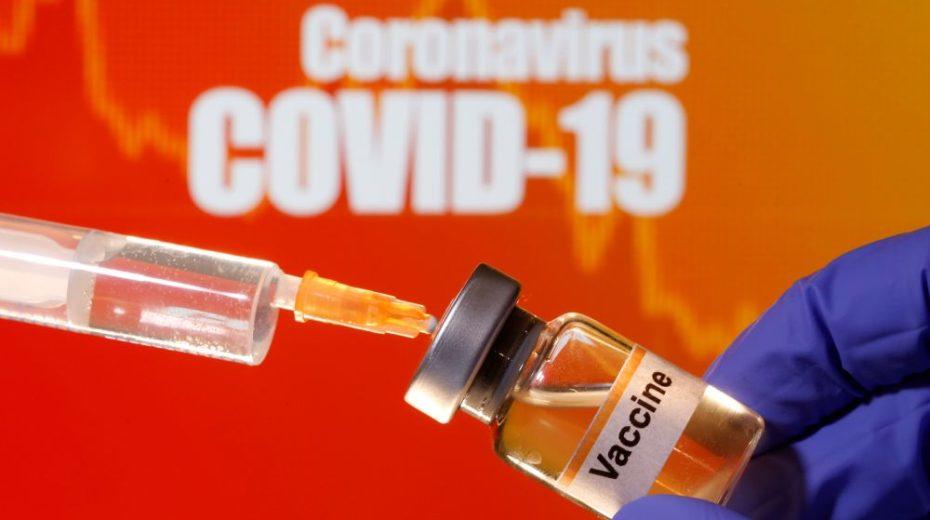 One possible requirement – aside from being discouraged from ever shaking hands again – is the mandatory participation in a global vaccine program, underwritten by the Bill and Melinda Gates Foundation, Big Pharma and an assortment of other people who supposedly have the best interest of the global citizenry in mind. Should we be concerned?

MIT is working on a “quantum tattoo” that will mark you with an invisible identifier while also delivering a vaccine. Can you guess who is the premiere donor of the project? https://t.co/ZEWqCUVGwI pic.twitter.com/jFVip4DaqZ

The road to mandatory vaccinations

Last week, during an interview with The Journal podcast, Dr. Anthony Fauci, who has become the face of the Trump Administration’s Coronavirus Task Force, said something that should have made a lot of people sit up and take notice, especially those people whose job it is to sit up and take notice, namely the media.
Kate Linebaugh asked Fauci if it were advisable that she give her grandmother, who has “vulnerable respiratory systems,” a hug at the peak of the coronavirus pandemic, to which Fauci replied in the negative before uttering something revealing.

“When [the coronavirus rate of infection] goes down, and gets down to almost zero… there is an antibody test that will be widely distributed pretty soon, in the next few weeks, that will allow you to know whether or not you’ve actually been infected.”

He added: “I can imagine a situation where you take an antibody test and you are absolutely positive that you were infected and you did well, then you could hug the heck out of your grandmother and not worry about it.”
Let that comment sink in for a moment.
If it is deemed safe for those antibodies-positive people to “hug the heck” out their grandmas after proving their immunity credentials, then why on earth is it also not permissible for these same people to be at their jobs, places of worship, or at least the corner pub enjoying some semblance of happy hour?
To repeat: if you have already been exposed to the coronavirus and now have natural immunity to the disease (it is estimated that over 80% of people become exposed to the disease without ever knowing it), then you are no longer a risk factor to the most vulnerable members of society, namely the sick and elderly. Thus, by practicing a severe form of “social distancing,” as many countries around the world are now mandating, the ability of the human body to acquire the antibodies, which eventually leads to ‘herd immunity’ in the overall population, is being denied.

These have been my exact feelings watching the #coronavirus “pandemic” play out.

We’ve now arrived at the point where doctors and politicians are openly admitting to fluffing the death count.

Allowing ‘herd immunity’ to occur would have prevented:

1. the virus from mutating into a far more vicious beast of burden due to lack of available hosts,
2. the lengthy life span of the virus; although the curve may flatten earlier, without herd immunity the disease may easily return, and worse the second time, and
3. a wide-scale vaccination program down the road.

Fauci went on to say that only after the infection rate “gets down to almost zero” antibody tests will be given to determine who has been infected and who hasn’t. But isn’t that putting the proverbial cart before the horse? The tests should have been given in the beginning when the outbreak made landfall. Instead, we are faced with a situation where millions of people who no longer pose a risk either to themselves and others are now in a senseless lockdown that threatens to destabilize the global economy with another Great Depression – and with potentially higher mortality rates than we are witnessing with the coronavirus.

A case for following the herd

With global hysteria over the coronavirus intensifying, a number of experts have come out to question the logic of entire nations battening down the hatches against the coronavirus. One of those individuals is Dr. Knut M. Wittkowski, head of the Department of Biostatistics Epidemiology at Rockefeller University.

“As with every respiratory disease, we should protect the elderly and the fragile,” Dr. Wittkowski acknowledged with common sense available to anyone. He then challenged the actions being taken to shield children from the disease. “On the other hand, children do very well with these diseases and are evolutionarily designed to be exposed to all sorts of viruses.”

When people are allowed to go about their daily lives in a community setting, he argued, the elderly could eventually – sooner rather than later – come into contact with the rest of the population in “about four weeks” because the virus at this point would be “vanquished.”

“With all respiratory diseases, the only thing that stops the disease is ‘herd immunity,’” Wittkowski emphasized.

In addition to questioning the shortcomings of social distancing protocols, there is also the problem of knowing how many people in the population have already been exposed to the virus as compared to the number who have died. This is known in the medical community as the ‘Measured Case Fatality Rate,’ which is simply the total number of new deaths due to disease divided by the total number of patients with disease. Although it is a simple mathematical equation to perform, it has never been measured due to lack of data.

Since no official study has been done to know how many people in the population have already had the disease, it is impossible to determine the lethality of the coronavirus. Thus, the idea of shutting down a wide swath of the economy over a death rate that we do not know could be best described as – in the words of Jay Bhattacharya, MD, PhD, who is both a Professor of Medicine at Stanford University, as well as a Senior Fellow at the Stanford Institute for Economic Policy Research – “astounding.”

“People plug the worst-case into their models, they project say 2-4 million deaths, newspapers pick up the 2-4 million deaths, politicians have to respond, and the scientific basis for that projection…is non-existent,” Bhattacharya said in an interview with the Hoover Institution.

Despite so much uncertainty with regards to the real mortality rate, US medical spokespersons are uttering incredibly irresponsible statements that only serve to instill a sense of fear throughout society. Dr. Fauci, for example, said in the course of his above interview that “I don’t think we should ever shake hands ever again, to be honest with you.” Meanwhile, World Health Organization (WHO) special envoy David Nabarro told the BBC that “some form of facial protection, I’m sure, is going to become the norm.”
Now, judging how the medical experts are preventing entire nations from acquiring herd immunity, together with the media’s refusal to consider the merits of hydroxychloroquine, this leads to what should have been the last resort: a vaccine program, which could very well turn out to be mandatory; a requirement forced on individuals before they are able to participate in any sort of public events again.

In a new interview, Bill Gates authoritatively states that mass public gatherings will not come back “at all” until we have mass vaccination. Who made him king of the world? https://t.co/siW7bZ9yGc … pic.twitter.com/ivaCI8eAEl

This much was suggested by none other than the world’s premier vaccine pusher, Bill Gates, who said in a recent interview that any sort of mass gatherings “may not come back at all” without a wide-scale vaccination program. Some would call that a form of blackmail, used against a desperate people who would do just about anything right now to get back to life as they once knew it. Those days appear far in the future. Just this week, the UK announced that people will have to “live with some restrictions” until a vaccine is developed.

There is NO SUCH THING AS A GOOD VACCINE.

THEY ARE ALL POISON. PERIOD.