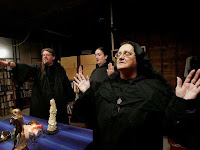 George Floyd had 15.6  ml grams of Fentanyl in his system . Just over ml 3 grams can lead to respiratory problems or death..his arrest record reads like the worst of career criminals. The police? Wrong and should be charged.

No matter how highly disciplined and well trained a police force, even if 99.9% of all arrests of black men by white police are done exactly by the book, you will still get 0.1% where anything and everything that can go wrong does.  You can’t beat the law of averages, it’s just going to happen.  If of that 0.1% of bad arrests 10%  of them are recorded and make the nightly news, that’s going to be 1 video on the nightly news every single week of police brutality.  In a nation of over 300 million people there will be a sufficient volume of arrests for 1 video recorded cluster**** of the week. The MSM simply were obeying their Chicom/Democrat masters who told them, we need to start a race war.  Then the MSM simply played up the bad video that had happened for that particular week.

Using the exact same math, the MSM could probably find 1 video per week of a black man murdering a white man and play them over and over in a continuous loop until they finally started a white on black race war.  That’s just the way propaganda works.

Antifa and BLM are all feminist sponsored and supporting organizations, they claim to be concerned that black men are dying.  Here’s the problem, according to the leading feminist theoreticians, all men are rapists.  All men are patriarchal oppressors of women, dead beat dads all need to go to jail, 90% of the male population need to be culled off the earths surface.  So by their own words, according to feminists, George Floyd was a rapist and a patriarchal oppressor of women.  You cannot cull all the white and Asian men off the surface of the earth, and still make that 90% cull quota without killing at 50% of all black men.

As for jailing dead beat dads, the state pays women benefits to divorce their husbands and become single moms. Then it gets the police to arrest the men who can’t make exorbitant court ordered alimony and child support payments. Fully one third of all prison inmates are so called dead beat dads, they end up doing crimes in a vain attempt to fulfill support obligations in order to stay out of prison.  Eventually they are driven to suicide by this process, often suicide by cop.  How do the good feminists at BLM and Antifa think the cops end up killing black men in the first place.  This has basically eradicated two parent households in the black community.  85% of all prison inmates are the children of fatherless households.

https://en.wikipedia.org/wiki/Rebecca_Latimer_Felton
“She was a prominent society woman; an advocate of prison reform, women’s suffrage and educational modernization; a white supremacist and slave owner; and a woman who spoke vigorously in favor of lynching. Numan Bartley wrote that by 1915 she “was championing a lengthy feminist program that ranged from prohibition to equal pay for equal work.”[3]“

“Felton also advocated more lynchings of black men, saying that such was “elysian” compared to the rape of white women.[20] On at least one occasion, she explicitly advocated that white Southerners engage in large-scale lynching to protect society:[21]“