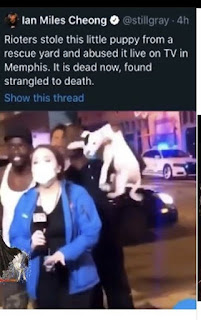 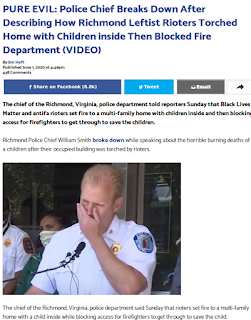 They’re shifting the focus from black to white culprits, such that people stay oblivious to the dreadfulness of Jewish pluralism, even when it’s spitting in their faces.

>how?
1. Astroturfing “based black guys”. Examples are Malcolm X, “Young Pharaoh” and currently the jogger carrying the Anglo, an event which might be entirely orchestrated.
2. Overstating Antifa or “Boogaloo” involvement.

>why not focus on Antifa right now?
1. Why beat a dead horse and take heat off non-whites? As vile as commies are, MSM already threw them under the bus to paint blacks as peaceful. It’s their talking point we’d be regurgitating, which is rarely smart:
https://streamable.com/b9779u
2. Antifa, in this instance, might be a fed bogeyman precisely to take the brunt and scapegoat whites (see the “pallet of bricks” hoax).
3. Seeing it pragmatically, Antifa did us a service by making the enemy look worse.

Operation Blackpill was not only right, but was an understatement. The ghouls are already fully unleashed and both legal and illegal invasions have gone into overdrive already.

Over the next 5 years In the UK at least the realization that it’s over will begin to cripple the indigenous population and I imagine the “fast collapse” phase after the “slow decline” will begin as the reality of the Office of National Statistics demographic data begins to filter down to the masses post 2021 as they realize the native collapse at 1-2% per YEAR.

I imagine this will be the final decline phase and as the “tipping point” is hit in the 2030s “they” will fully unleash the brown hordes starting with brown “points based migration” and “climate refugees” punching into the last indigenous enclaves in the nation.

Within 7 years the majority of the youth and newborn will be invaders in the UK and most of the political class street shitters and ghouls. We’re like the few remaining latins wittering on about the “glory of Rome” and post old banners of republican legions in our backwater forums meanwhile all manner of disgusting barbarians overruns every single major civic space in the empire because “it’s the current year, 476 ad!”. In the coming decade a million ghouls per year will be storming the borders. There will be no Brazil. It will just be straight to Haiti. Afrocommunist Ghouls macheting natives in the streets.

If you want a vision of the future, imagine the machete wielding Bantu ghoul twerking on the ashes of civilization, forever.

Google; Great Proletarian Cultural Revolution. It’s happening now as our monuments are torn down and institutions are Africanized.