Hotel ZaZa is a stylish inn located in Houston, Texas. While the hotel is known for its luxurious suites, a recent post on Reddit revealed the existence of the mysterious “Room 322”. This room is not advertised on the hotel’s website and, in short, is the definition of creepy. This is what the Redditor posted:

stay here frequently when on business. Hotel was booked solid and my colleague managed to score a room unplanned. We all had normal zaza style rooms (swank) and he ended up in this goth dungeon closet.

Seriously- the room had a chain holding the bed to wall, pictures of skulls and a creepy, incongruous portrait of an old man. Room was about 1/3 the normal size with the furniture blocking part of the TV, bed and window.

We asked about it at the front desk and the clerk looked it up and said ” that room isn’t supposed to be rented.’ and immediately moved him.
– Source: Reddit

Here are pics of the room, each of which kind of raises concerns about what actually happens there. 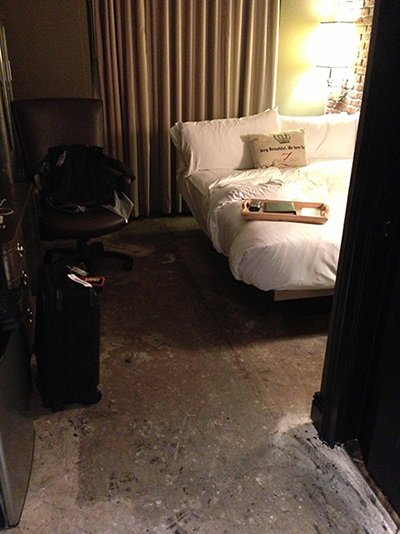 Unlike any other room in the hotel, the floor is cold, hard, dirty concrete, 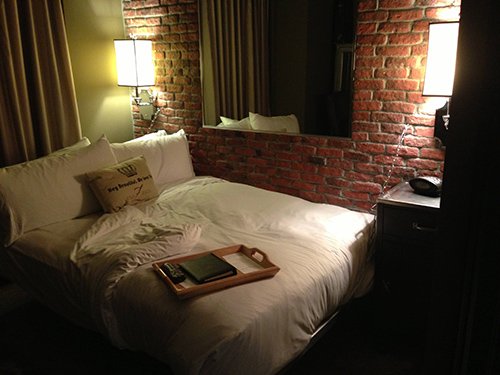 The room is about a third of the size of other rooms in the hotel and is the only one with brick walls. The mirror is embedded in the brick wall, leading some to believe that it is actually a two-way mirror… 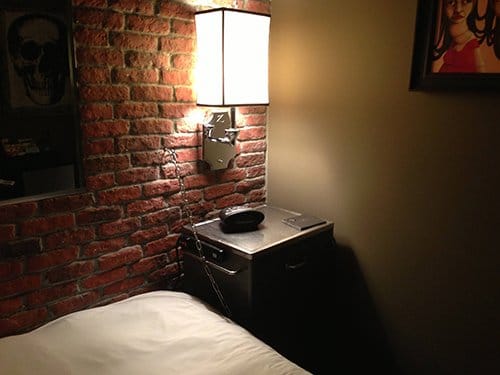 The bed is chained to the wall. Why? 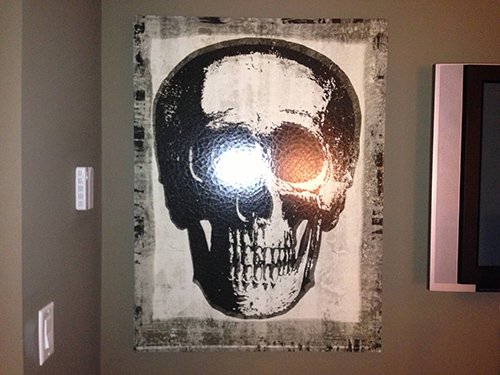 Skull frame on the wall. Rather appropriate since 322 is the Skull and Bones’ sacred number. 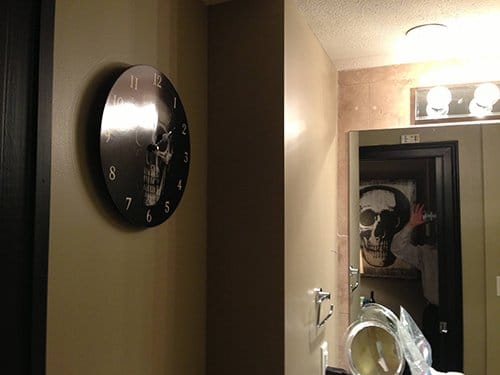 Those that are aware of the occult elite’s symbolism know that 322 is the “sacred” number of the Skull & Bones secret society (to which belong the likes of George W. Bush, George Bush Sr. and John Kerry). 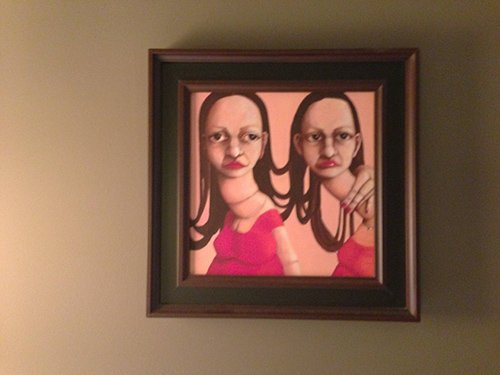 A very creepy painting above the bed depicting two girls with dead eyes and deformed, elongated necks. Does this image represent split personalities? 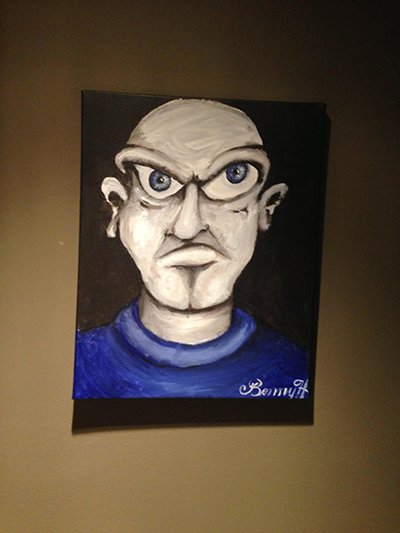 Another creepy image above the bed of a guy with huge eyes. He doesn’t look nice at all. 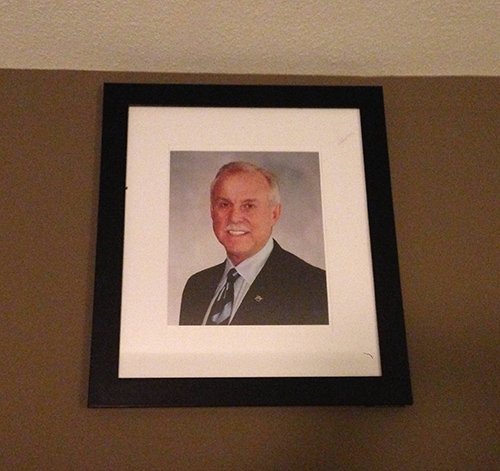 Overseeing the room is the picture of a suited man. Apparently, it is Jay Comeaux, President of Stanford Group Company. Why is this random elite guy on the wall? Does he have something to do with the Skull and Bones? 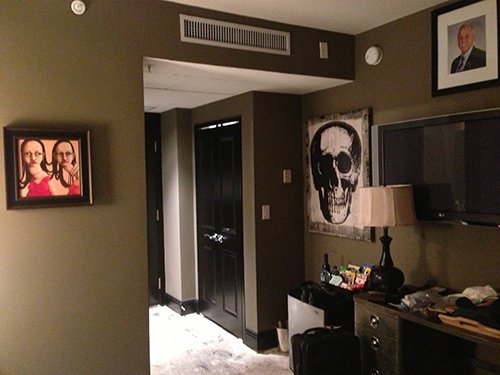 This looks like the perfect place to traumatize someone.

When the story came out, people from the hotel’s PR responded that room 322 was a theme room entitled “Hard Times” and was meant to recreate a “prison experience”. This room is however not advertised anywhere and, as some people noted, there is nothing in that room that really recalls a “prison experience”. Do jail cells have huge mirrors, brick walls, and frames of skulls, weird deformed faces and company CEOs on walls? Not really.

Another strange fact, a year before this story came out, a book author posted on her blog a little something about room 322 as well. This is what she wrote about it:

“When I checked into Houston’s Hotel ZaZa at midnight on Thursday night, there was some confusion. My first room was a themed room, known as the Hard Times room; this skull was on the wall. A few minutes after I got there, the front desk called up and said they had to move me; the people at the front desk were deeply upset at the thought of me being stuck in this room.”
– Source: Pop Culture Nerd

Apparently, hotel staff does not want everyday visitors to stay in that room. Is this room called “Hard Times” because it is used for occult elite trauma-inducing rituals?

P.S. The economic crisis caused by COVID-19 has caused a massive drop in advertising revenues, making it difficult for independent websites such as The Daily Messenger to remain afloat. If you appreciated this article, please consider showing your support through a small monthly donation on Patreon. If you prefer, you can also make a paypal https://www.paypal.com/donate/?token=qetGSn4Kqo10HFp477_GbJR3Od3pXzynjIt_SJeMHGiL-0xy474ZOh82JfscVH5lIMcAivuZeF-xtNRy&fromUL=true. Your support will help this site navigate these difficult times as it continues to provide vital information and analysis on a regular basis. Thank you!