11 people were arrested at NYU Thursday night when Anti-fascist fascists tried to organize a second night of
riots to shut down the free speech of yet another conservative thinker on campus – this time being writer, actor, comedian and (no longer affiliated) Vice Co-founder Gavin McInnes. The NYPD wasn’t taking any chances after what happened at UC Berkeley Wednesday night, and showed up in force – though it wasn’t enough to prevent mollycoddled trust fund purse-dogs from shutting McInnes’ event down with intense yapping (video below).

If there’s a silver lining to the death of free speech on yet another US college campus, it’s exposing people like this slobbering NYU professor who had a total meltdown over McInnes’ mere presence. Her profanity-laced tirade is a perfect example of  the type of fanatical, ignorant, intolerant, hyper-sensitized liberalism that US educators are steeping future generations in.
She’s shrieking at the cops to assault Gavin McInness “because the students shouldn’t have to.” (NSFW) 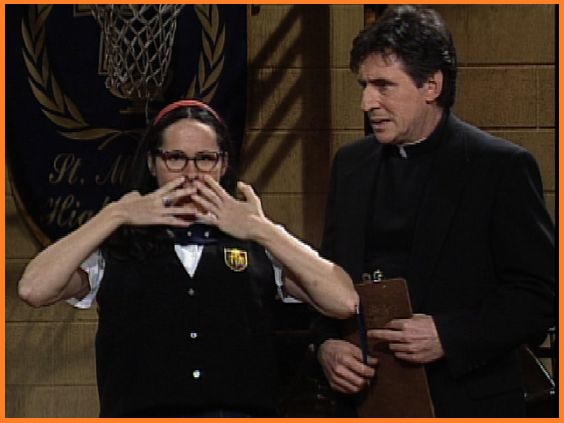 McInnes, having been pepper sprayed earlier in the day, was ambushed during his speech by a group of triggered snowflakes. When a NYU student affairs rep intervened to remind the students of NYU’s proud tradition of free speech, the enraged trust fund babies turned on him too! Then, when McInnes called the ringleader down to debate, the future of America just stared back cow-eyed, robotically chanting “who’s campus? Our campus!”

Thanks for asking if I’m OK guys. I was sprayed with pepper spray but being called a Nazi burned way more. ????

This isn’t the first time McInnes has dealt with Antifa. Here he is relaying his experience with rioting children at the Deploraball January 19th:

An aside: hacker 4chan pointed out that this guy standing in the background of the shreiking NYU Professor video looks like “Bjorn” from the “He Will Not Divide Us” snowflake therapy cam in Brooklyn last week.

What do you think? (NSFW)

I have nothing against people with sexual disorders, but only for as long they don’t push it our throats, to accept it that their disorders are not disorders.

You gotta be kidding.  She’s a “professor”.  That’s someone who worked very hard to memorize a line of B.S. strung together by some pretty smart people that know how to manipulate the gullible and create “truths” that you’d better learn to follow.  Get with the program….Lord, how callow universities have become and how frightening it is that young people become deeply in debt while getting indocrinated by “professors” such as these.

Looks like a lot of her students think she is insane. http://www.ratemyprofessors.com/ShowRatings.jsp?tid=456330

LOL, she performs as Hitler so impressively, she actually becomes a Hitler.

To think it takes nothing more than a dissenting opinion in a free speech country to melt down an NYU professor. The price of an NYU education will need to go on sale after this.

That POS needs to be fired. I would not trust her around small children or pets.

NYPD are still MEN as opposed to the pussies out in San Francisco who stood by while protesters brutally beat people up. I could not resist and called the SFPD yesterday and asked the clerk if all SF police are pussies or only the ones there last night that cringed in fear while people 20 feet away from them were getting beaten badly by Hillary/Soros mobsters.