Skip to content
Just the great way Dad works
May 23, 2018 uwantson A typical day in the life of a village dork 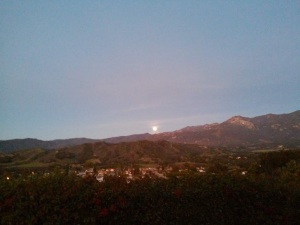 Now, as a personal rule, I don’t share these events unless there is a trusted witness. The witness makes it real. No witness? Then I keep the thing to myself. Dad says out of 2 witnesses does a thing become true. I’ve always lived by the witness rule, nice to know its how YHVH sees the thing, too. Has to be trusted because, too many times a network asset was the witness and they lied later about the event or changed it. I’ve learned only to trust the trustworthy.

Now, today, I was abouts doing house errands at the dollar store, getting supplies and such. on our way back home, we pulled into Round Table Pizza, to get a cheap cheese pizza for my sons, the “boys.”

Order the pizza to go and sit down to wait. Not much chatting, because matt is the silent type. Whereas I notice everything, point it out, and stand amazed. Although, not so much of that amazement anymore. More like, “of course. why am I not surprised.” Or the better kind, did you see that? woah…

So, sitting and waiting for the pizza. A man appears next to me, sitting, and says. “You’ve done all you can do, there is nothing more to do. He chose this. There is nothing on earth that could have been done that you did not do.”

“And, though he said he was ready to quit, of a truth, he was not. It’s not your fault.” The man said his name was David. he looked middle eastern, but spoke letter perfect English with no accent. He had a nice smile and glow to him. I liked him right off.

We had no plans nor announced going for pizza. It was a spur of the moment thing, one block before the on ramp to go home. I look at Matt who is looking at him too. Okay, Matt is seeing this. This is actually happening. The trans-dimensional and dimensional for me often blend and very often, I have to ask is this our world or the next?

Like before we left the house, I asked if a cart would be made available for us at the dollar store, because we needed a lot of supplies – food and such. All their carts were stolen recently, except for four and they are always taken by other shoppers. When we pulled into the full parking lot today – and to the only parking spot on our aisle, there was a DS cart, in the spot. Thanks…

I knew what he meant. For a dear friend’s son came out to California and as it happens, at age 27, is drinking a quart of vodka a day. Every day. Sometimes more. I’ve spent since February doing everything I can. And since Sept of 17 for him to visit his mom, so we could get him some help.

Getting him into rehab, counseling him at length to get help, hospital situations times 2, for alcohol poisoning. Main thing is, lots of praying and other things, to help the lad along and to a restart in life. The whole while, I didn’t AA him with any of that mind control or do a “preachin Jesus” number on him. He just needed someone who understood and wasn’t judging him, but rather, sincerely wanted the best for him. My sons took him in like a brother and involved him in all their drug free, tat free, and whore free lifestyle that they live. So he wouldn’t be out here all on his onesy with no friends, as was the case when he arrived to visit his mom. he couldn’t do much, because he was so bad off, he had the gout, a dying liver, and could barely walk.

Of course, after a week in hospital and 6 weeks in rehab he went right back to a quart a day. It went downhill from there. Last week, he went back home, still drinking and hurting himself by falling down stairs and refusing medical treatment. however, the rule of free will prevails and there is nothing to be done.

I just share this because this is how Dad works in my life and can work in yours, too. And for another reason, explain later.

This is my daily. And the day has yet risen that I’ve ever taken it for granted. I’m always amazed and grateful. It makes the attacks, murder attempts, 10 to 20 car and house break-ins year in and year out, and financial ruin easier to swallow when Dad is making my life something beyond belief. It’s all I have. The gift of musical talent and Dad. Cars and clothes are a given, everyone has that stuff. Mostly everyone.

Every day, it’s one thing or another. It’s so fantastic, that I often say to those close to me and the family. If I shared with the world just 5% of what I experience I would be called a damned liar. Thanks heavens for witnesses…and cameras (when I remember to have one around.) In point of fact, I’m going to be called a damned liar for writing this. And also, every day, the satanic network is doing one thing or another to hurt me…or us. And these nephilim are quite vicious, indeed.

Anyways…seek Yeshua in all things. He opens the door to our father, Yahua YHVH. Then, you have all you really need. You’re OK. And they cannot take that from you. Ever.

PS I write this also for the boy’s mom. We’ve done all we can do, darlin’. It’s time to let go and leave him to Dad, who quite obviously has things in hand.