Skip to content
Uncategorized
April 12, 2020 uwantson India...land of suffering and poverty and the plague

Authored by Jayant Bhandari via LewRockwell./com,
While the world over people have grown myopic worrying about the real or imagined problem to do with corona-virus in their immediate surroundings, the world’s biggest prison has been erected. 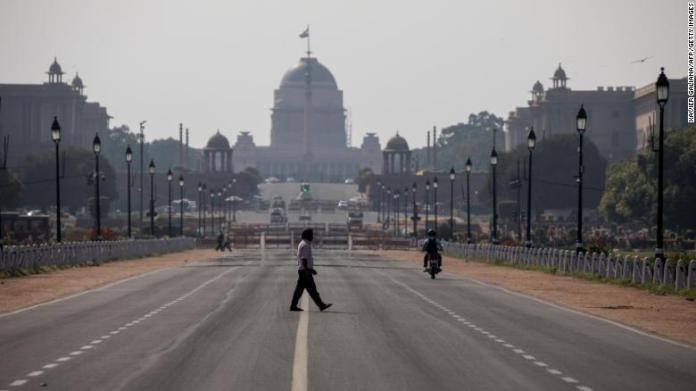 1.38 billion people are in a complete house-arrest, with no possibility of leaving home. In scale, this is by far the first in human history.

I am not talking about China. When faced with the first wave of corona-virus, China focused mostly on Wuhan and other hotspots. It didn’t see a need to lockdown the whole country. Moreover, it didn’t think it could get away with that.
Any regime that contemplated locking down the whole country would have realized that not only would it create massive disruption, joblessness, poverty, and dislocation, but also that restarting the economy would be a gargantuan job. Farmers would have found themselves with no money to buy seeds and banks with no cash to lend out, and everyone in a vicious economic cycle. 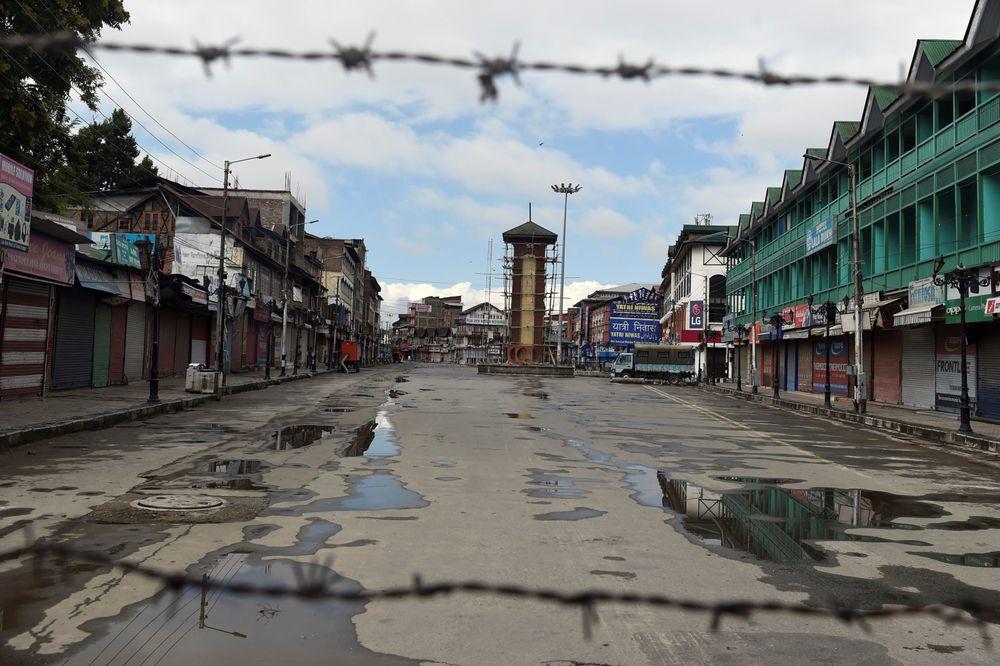 India’s Prime Minister, Narendra Modi, however, thought that he could enforce a draconian curfew without any legal backing in what is one of the world’s most undisciplined, chaotic, poverty-stricken and backward societies.
Modi’s confidence comes from an extraordinary cult following he has developed, very ironically, centered on the educated Middle-Class Indians, who are well-stocked with beer, chips, and Netflix connections.
On 24th March 2020, the Indian Prime Minister came on the Television to declare that starting four hours thereon would be a complete and total lockdown everywhere in the country for the next 21 days. He instructed that people were not to leave the door of their homes, go out for walks or walk their dogs, and that all offices, factories, shops, etc. had to be shut entirely. All the highways and roads were to be blocked. One of the biggest train networks came to a sudden standstill for the first time in its history of 167 years. Trains stopped wherever they were when the lockdown started, leaving passengers stranded. Every single flight, domestic as well as international, was canceled. 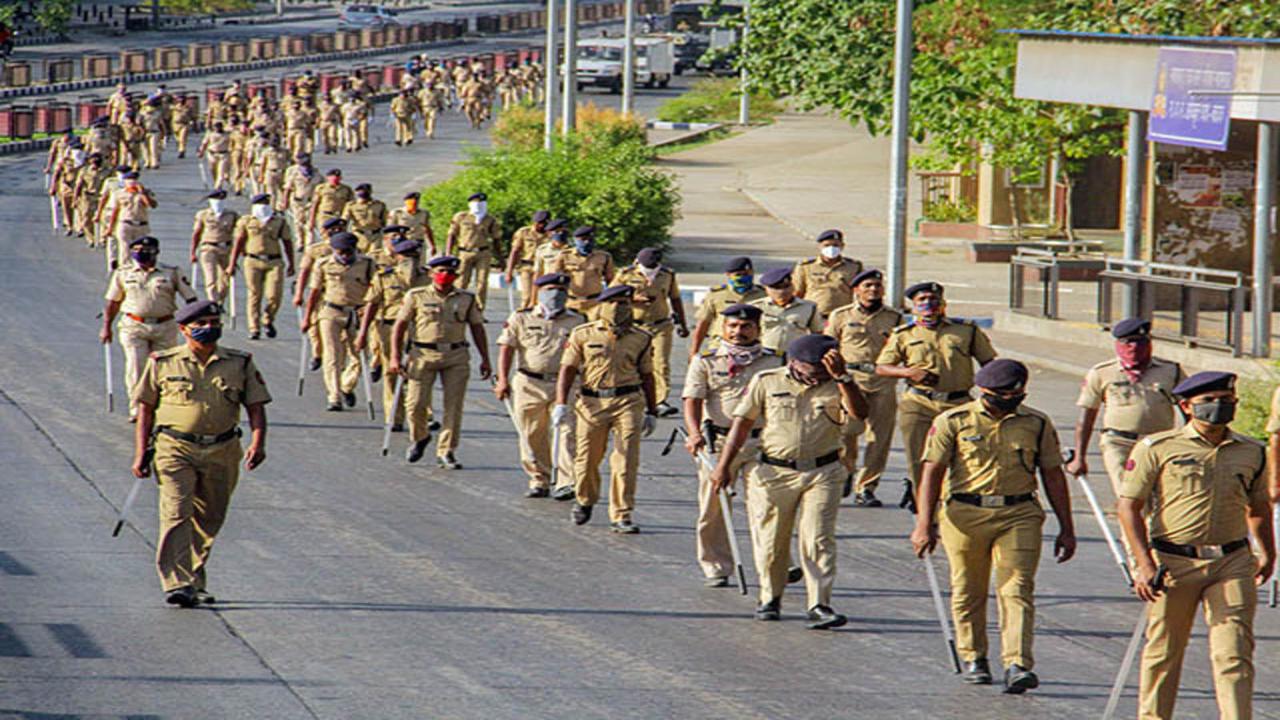 The whole of India went into a curfew.
The only part of the economy that was to be still open were medicine shops and grocery stores. Of course, Modi’s advisers and speechwriters, all of who are yes-men, had forgotten to consider how people would buy food if they could not leave home. Those who went to buy groceries were ruthlessly beaten by the police, who knew well that despite the constitution, courts would ignore the brutalities. A couple of days later when the government realized their mistake, a window to let people go out to buy groceries was opened up. The police had by then already put itself in the image of an invading army, which gives itself the right to rape and pillage the enemy without any restrictions or accountability—people who went shopping kept on getting beaten up.
Alas, Indians accept beatings without any resistance, videos of which are now all over the social media, the reason why I am sure that India never fought with the British for independence. The British left in moral disgust.
This curfew announcement was becoming a replay of the demonetization that happened in 2016 when after the initial announcement, the government realized that they had forgotten to think through simple issues, something a school project-group would have taken care of. Every single day since the lockdown, a new directive has been coming, increasing oppression and tightening the curfew.
A few days later, grocery shops were asked to reduce their opening hours. Thereafter, they were asked to close down completely. In my area, vegetables were to be supplied only by government vans, which conveniently came for a day or two and then disappeared. Realizing that the government was too incompetent, they allowed private grocers to start opening again. But there wasn’t much food. They had killed the supply chain by stopping road traffic. In rural places, prices of food prices have fallen precipitously. In the urban areas, it has gone up by as much as 500%, if you can find it.
That night of Modi’s announcement, everyone was stranded wherever they were. The country came to a screeching standstill.
Tens of millions of daily-wage migrant workers got stuck in cities. Their landlords knowing fully well that the workers were no longer earning threw them out. Modi should have known that “empathy” and “compassion” are foreign words for Indians.
Hungry and homeless, the migrant workers and those stuck at wrong places, despite getting beaten up by the police, decided not to care, got into a full fatalistic mode, and started their long march to their rural places, in many cases walking a thousand kilometers. Scores of people died. On the way, the police took out their sadism on them. The policeman is from the same lower-class bracket and enjoys his domination over them, a feeling of satisfaction he derives from looking down at those he thinks he has left behind. 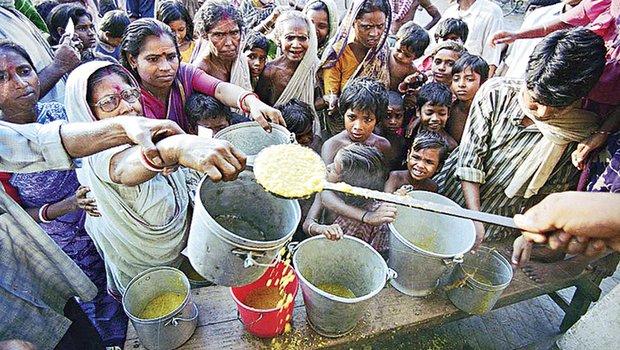 If corona-virus is indeed a problem, Modi had spread it from cities to rural places.
Modi has taken very simplistically very badly thought-through decisions. Moreover, there are layers and layers of known, unknown, seen, and unseen issues of entangled complexity in such a large country, issues which no one could have thought of. The only solution to dealing with any problem that emerge will be more oppression.
Indian GDP per capita per year is US$2,338. Except for a tiny minority of people, say, less than 10% of the population, Indians are forever at the edge of starvation. Depending on how you look at it, between 500 million to over a billion people live from hand to mouth.
I thought the lockdown would fail in a couple of days. It has now lasted for almost two weeks.
The police, political parties, etc. are releasing a stream of photos and videos of the “charity” work they are doing, advertising their fake compassion on the back of humiliating those who accept the food. The food is only going to the local voters in urban areas, a minority of the distressed population.

There is no mechanism or food available with the government to feed all these people, even if the bureaucrats didn’t siphon off everything. Hundreds of millions of Indians are currently starving.
What interests Modi and the Indian Middle Class is not starvation deaths, but as low a count of corona-virus deaths as possible. He wants to be seen as a world leader. And the Middle Class desperately seeking an identity in the world wants India to be recognized.
Given the lockdown, the media, which is servile anyway, lacks access to information. And Modi has passed an order that anyone reporting “misinformation”, which of course is dependent on the interpretation of the bureaucracy, will face long prison sentences.
Even by the most pessimistic scenario to do with corona-virus, had no lockdown been imposed, the harm could not have been worse. So why did the government concoct an idea that was going to end up with horrible consequences?
There is a method to this madness. Evil is banal. Modi operates on two simple principles. He wants to cater to the emotional demands of the Middle Class, who want to feel vicariously virtuous and safe on the back of the vast poverty-stricken population of India.
In a very twisted caste-based thinking, while those in the Middle Class claim not to know of or believe in the caste system, they haven’t the slightest care or interest in the well-being of their chauffeurs, maids, and servants. They certainly have no comprehension of the existence of the migrant workers and the majority of the Indian population that lives in rural areas. They drive past them without seeing them.
Those among the poor people who find a slight way out of poverty, as is the case with the police, are more vicious towards the poor.
When the lockdown is over or falls apart, hundreds of millions of hungry, sick, tired, jobless people will emerge out of their over-crowded, claustrophobic slum houses. Indian economy will find it impossible to kickstart. Crime, human trafficking, abuses, and exploitation will sky-rocket. The virtue-signaling Middle Class, who will have enjoyed their salaries while being at home during the lockdown, will soon realize that their companies are bankrupt. In a country where no one thinks deeply, they will fail to connect the dots.
India will be a volatile country, economically and politically. As the situation matures over the next few weeks and months, India will increasingly become a police state, doing more wrongs to correct prior wrongs. Every emergent problem will be dealt with more oppression. Because Indians cannot be disciplined, India will not look like North Korea, but perhaps like one of the hellholes in central Africa, although on most human development metrics, India, despite the hype, is already worse.