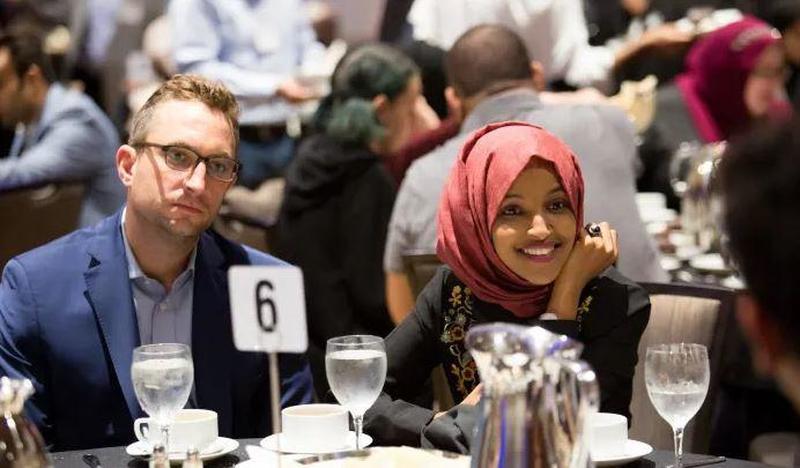 The Somali-born Omar, who has been accused of  perjury, immigration fraud, marriage fraud, tax fraud and federal student loan fraud – married her lover and campaign consultant, Tim Mynett – whose estranged wife claimed in a 2019 court filing that his “travel and long work hours now appear to be more related to his affair with Rep. Omar than with his actual work commitments.”


While the two announced their marriage in March, it’s unclear how long they were romantically involved. Both denied allegations they were having an affair last year – so, another lie.
And now, thanks to the Free Beacon, we know Mynett’s firm made hand-over-fist doing whatever it is they do for the freshman Democrat.

The payments, predominantly for digital and fundraising services, bring the total that Omar’s campaign has sent to Mynett’s firm to just over $1 million for the 2020 cycle.
Omar, a freshmen congresswoman, has faced scrutiny over numerous financial and personal issues since she was elected in 2018. She has drawn criticism for a lack of transparency about her previous marriages, over campaign finance violations, and for a potential violation of House ethics rules pertaining to the advance she received on a recently published memoir. Pressed for answers, she has routinely dismissed the inquiries as “smears” and “conspiracy theories.” –Washington Free Beacon