An undercover FBI informant embedded in the Russian nuclear industry who was made to sign an “illegal NDA” by former Attorney General Loretta Lynch has finally given his testimony to three Congressional committees.
William D. Campbell became an FBI counterintelligence asset after spending several years as a CIA operative who developed working relationships in the nuclear industry in Kazakhstan and Russia.

“For several years my relationship with the CIA consisted of being debriefed after foreign travel,” Campbell noted in his testimony, which was obtained by this reporter. “Gradually, the relationship evolved into the CIA tasking me to travel to specific countries to obtain specific information. In the 1990’s I developed a working relationship with Kazakhstan and Russia in their nuclear energy industries. When I told the CIA of this development, I was turned over to FBI counterintelligence agents.” –saracarter.com

The FBI embedded Campbell in the Russian nuclear industry for six years, where he gathered extensive evidence of two separate but related “pay for play” schemes related to the United States uranium industry:
First, Campbell discovered that Moscow had compromised an American uranium trucking firm, Transport Logistics International (TLI) in violation of the Foreign Corrupt Practices Act – which bribed a Russian nuclear official in exchange for a contract transport Russian-mined U.S. uranium, including “yellowcake” uranium secured in the Uranium One deal. Second, Campbell says that Russian nuclear officials told him of a scheme to route millions of dollars to the Clinton Global Initiative (CGI) through lobbying firm ARPCO, which was expected to funnel a portion of its annual $3 million lobbying fee to the charity.

“The contract called for four payments of $750,000 over twelve months. APCO was expected to give assistance free of charge to the Clinton Global Initiative as part of their effort to create a favorable environment to ensure the Obama administration made affirmative decisions on everything from Uranium One to the U.S.-Russia Civilian Nuclear Cooperation agreement.“ –William Campbell

Campbell told Congressional investigators that the Uranium One deal along with billions in other uranium contracts inside the United States during the Obama administration was part of a “Russian uranium dominance strategy” involving Tenex and its American arm Tenem – both subsidiaries of state-owned Russian energy company Rosatom.

“The emails and documents I intercepted during 2010 made clear that Rosatom’s purchase of Uranium One – for both its Kazakh and American assets – was part of Russia’s geopolitical strategy to gain leverage in global energy markets,” he testified.  “I obtained documentary proof that Tenex was helping Rosatom win CFIUS approval, including an October 6, 2010 email …  asking me specifically to help overcome opposition to the Uranium One deal.”

“Rosatom/Tenex threw a party to celebrate, which was widely attended by American nuclear industry officials. At the request of the FBI, I attended and recorded video footage of Tenam’s new offices,” he added.

Officials with APCO – the lobbying firm accused of funneling the money to the Clinton Global Initiative, told The Hill that its support for CGI and its work for Russia were not connected in any way, and involved different divisions of the firm.
Bribery scheme
While undercover, the Russians forced Campbell to deliver bribes from Maryland transportation company TLI in $50,000 increments to Russian nuclear official Vadim Mikerin of Tenex. Campbell did so under the direction of the FBI in order to maintain his cover, fronting hundreds of thousands of dollars he says he was never reimbursed for.
As a result of Campbell’s work, TLI co-president Mark Lambert was charged in an 11-count indictment in connection with the scheme, while Vadim Mikerin, who resides in Maryland, was prosecuted in 2015 and is halfway through a four-year sentence. 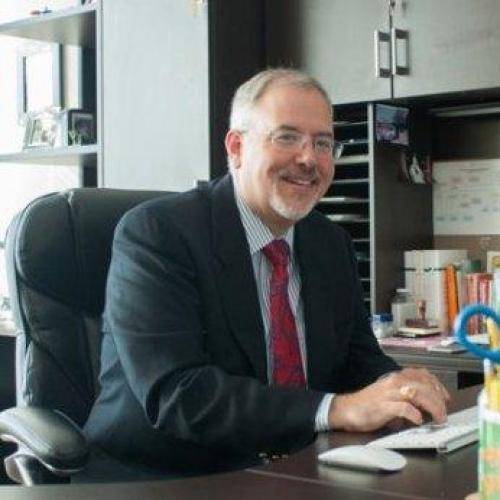 Beginning at least as early as 2009 and continuing until October 2014, Lambert conspired with others at “Transportation Corporation A” to make corrupt and fraudulent bribery and kickback payments to offshore bank accounts associated with shell companies, at the direction of, and for the benefit of, a Russian official, Vadim Mikerin, in order to secure improper business advantages and obtain and retain business with TENEX. –DOJ

Of note, Rod Rosenstein failed to interview Campbell before prosecuting Vadim Mikerin when Rosenstein was Maryland’s chief federal prosectuor, instead relying on the evidence Campbell had gathered. This backfired after prosecutors insisted on sitting down with Campbell to glean more information – forcing prosecutors to recast their entire case against Mikerin.

Campbell got one debriefing after the criminal charges were filed, but was never brought before the grand jury that indicted the Russian figure in November 2014 even though the informer was portrayed as “Victim One” in that indictment, the officials confirmed
When prosecutors finally interviewed Campbell more extensively in early 2015 and reviewed all of the records he had gathered for the FBI, they learned new information about the sequence of transactions he conducted while under the FBI’s supervision, as well as the extensive nature of his counterintelligence work for the U.S. government that went far beyond the Mikerin case and dated to at least 2006, the officials said. –The Hill

Uranium One approval
An extremely important aspect of Campbell’s timeline is that the Obama FBI , headed by Robert Mueller, knew of the bribery scheme with the transportation company before approving the Uranium One deal which would have utilized TLI for transporting the mined uranium.

“The Russians were compromising American contractors in the nuclear industry with kickbacks and extortion threats, all of which raised legitimate national security concerns. And none of that evidence got aired before the Obama administration made those decisions,” a person who worked on the case told The Hill, speaking on condition of anonymity for fear of retribution by U.S. or Russian officials.” –The Hill

Thus, the Uranium One deal clearly never should have been approved.
Praising Campbell
Campbell testified that the FBI thanked him for his undercover with a check for $51,000 in 2016 – which, according to a November report, was given to him at a 2016 celebration dinner in Chrystal City, VA according to Campbell’s attorney, (former Regan Justice Department Official and former Chief Counsel to the Senate Intelligence Committee), Victoria Toensing.
“My FBI handlers praised my work,” testified Campbell. “They told me on various occasions that details from the undercover probe had been briefed directly to FBI top officials. On two occasions my handlers were particularly excited, claiming that my undercover work had been briefed to President Obama as part of his daily presidential briefing,” he testified
Smearing Campbell Following reports by John Solomon of The Hill and Sara Carter of Circa News revealing that Campbell had gathered evidence implicating the Clinton charity and the Obama administration, Michael Isikoff of Yahoo News wrote an article slamming Campbell – saying he would be a “disaster” as a witness because some of his claims could not be documented, an anonymous source told Isikoff. 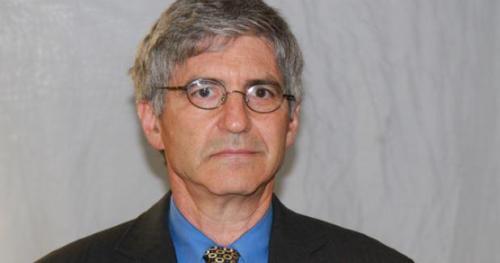 And where have we heard Michael Isikoff’s name recently?
Another Yahoo News article written by Isikoff was used by the FBI as supporting evidence in a FISA warrant application by the FBI against one-time Trump campaign advisor Carter Page. Isikoff used information provided by former UK spy Christopher Steele – who assembled the infamous and unverified anti-Trump dossier which the FISA application was largely based on.
Isikoff says he was “stunned” to learn that his article was cited in the FISA warrant. We “believe” him.  Sessions and Rosenstein were running Interference
And in a move which can only be interpreted as an effort to protect the FBI, the Obama administration and the Clintons, AG Jeff Sessions and Deputy AG Rod Rosenstein even tried to suggest the nuclear bribery case uncovered by Campbell is not connected to the Uranium One deal.
Via John Solomon of The Hill last November:

“Attorney General Jeff Sessions in testimony last week and Deputy Attorney General Rod Rosenstein in a letter to the Senate last month tried to suggest there was no connection between Uranium One and the nuclear bribery case. Their argument was that the criminal charges weren’t filed until 2014, while the Committee of Foreign Investment in the United States (CFIUS) approval of the Uranium One sale occurred in October 2010.”

This rubbed several Congressional GOP the wrong way:
“Attorney General Sessions seemed to say that the bribery, racketeering and money laundering offenses involving Tenex’s Vadim Mikerin occurred after the approval of the Uranium One deal by the Obama administration. But we know that the FBI’s confidential informant was actively compiling incriminating evidence as far back as 2009,” Rep. Ron DeSantis, (R-Fla.) told The Hill, adding “It is hard to fathom how such a transaction could have been approved without the existence of the underlying corruption being disclosed”
Senate Judiciary Committee Chairman Chuck Grassley (R-IA) sent a similar rebuke to Rosenstein, saying the deputy attorney general’s first response to the committee “largely missed the point” of the congressional investigations.
“Ask your politics”
When Campbell asked the FBI why all of the illegal schemes he uncovered weren’t being prosecuted, he was explicitly told it was political:
“I remember one response I got from an agent when I asked how it was possible CFIUS would approve the Uranium One sale when the FBI could prove Rosatom was engaged in criminal conduct.  His answer: ‘Ask your politics,’ ” Campbell said.
Since his undercover work in Russia, Campbell has undergone 35 intensive radiation treatments after being diagnosed with brain cancer and leukemia.