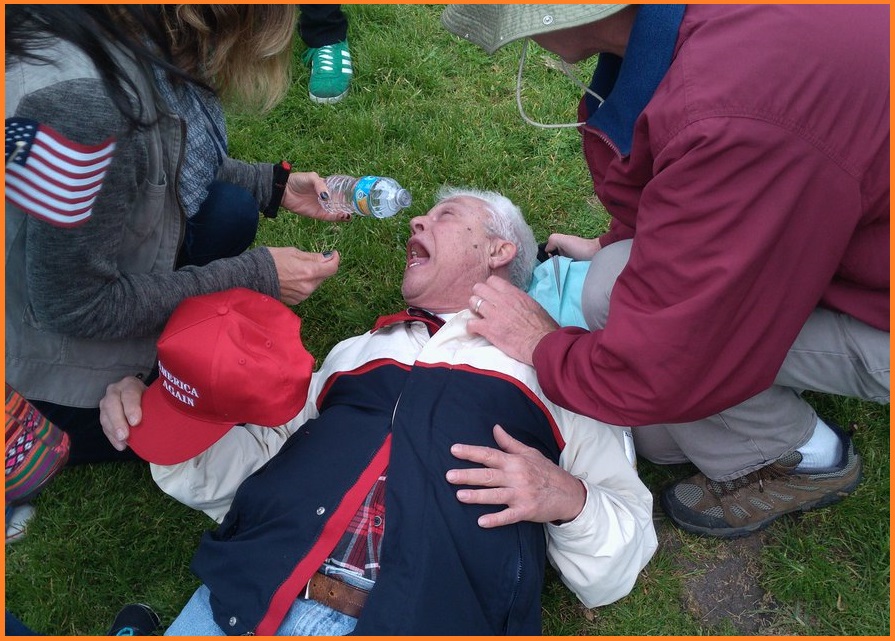 Angry unemployed children, AKA Antifa, held another Trump protest today in Berkeley, CA. It’s Trump’s fault of course that they took out 6 figure student loans and haven’t been approached by numerous employers to put those English majors to work.

Unlike the UC Berkeley riots which shut down a Milo Yiannopoulos speech, several Trump supporters showed up today to counter-protest the Antifa idiots – resulting in civil discourse.

Just kidding, an elderly Trump supporter and a homeless advocate were attacked:

Note the same guy in a green hat in both videos. Some have suggested he may be a paid agitator…
Who are the Nazis?